Big Law’s boom ended in 2022, as hugely profitable work slowed from the frenetic pace set last year and some major firms looked to tighten their belts.

The reversal of fortunes came as law firms and in-house legal departments navigated sociopolitical issues posed by Russia’s invasion of Ukraine and the Supreme Court’s decision overturning the constitutional right to abortion.

Some top law firms and lawyers also made big news on their own, whether it was Cravath opening its first office outside New York in a half-century or conservative litigator Paul Clement leaving Kirkland & Ellis over its decision to stop taking gun cases.

Here are the legal industry stories that mattered most in 2022, as told by the numbers.

Global mergers and acquisitions totaled $2.8 trillion through the first three quarters of the year. That’s down nearly 30% compared to the same period in 2021, when a manic deals market drove record profits and huge hiring budgets for a large group of firms.

The slowdown was even more pronounced in capital markets. Through the first nine months, companies raised just over $9 billion in US initial public offerings, compared to $190 billion raised last year.

Rising interest rates and geopolitical tensions are among the factors behind the decline.

Many law firms say they’re prepared to ride it out, but expenses are climbing as demand wanes.

Some firms appear to have been hit harder by the downturn than others.

Cooley LLP announced in November that it was laying off 150 lawyers and staff across the US. That marked the second round of cuts this year for the Silicon Valley-based firm known for tech sector work, which described earlier trimming as “performance based.”

PODCAST: Why Big Law Layoffs Aren’t a Return to the Dark Days

For Kirkland and Cooley, the layoffs followed a period of rapid hiring during the pandemic, which put them in a situation in which they’d have to course-correct when business fell to pre-pandemic levels.

It’s unclear whether other law firms will make similar decisions in response to slowing demand. The new dynamics could put some smaller firms in the driver’s seat after a period in which the biggest firms raided legal shops one or two tiers below them on the revenue and profits scales.

At least 25 law firms shuttered or separated from their offices in Russia in the weeks following its February invasion of Ukraine. The moves came as a range of businesses pulled out of Russia and governments imposed sanctions on state-backed entities.

Baker Botts; Winston & Strawn; DLA Piper; and Squire Patton Boggs were among the firms that wound down Russia operations.

About a quarter of the nation’s 100 largest law firms said they would cover travel expenses for employees seeking reproductive care following the Supreme Court’s June decision undoing the constitutional right to abortion.

Only Sidley Austin got the attention of a small group of Republican lawmakers in Texas.

The state legislators threatened the firm and its partners with legal action, including possible criminal prosecution, for assisting employees leaving the state for abortions.

The Texas Freedom Caucus also said it would introduce legislation imposing “additional civil and criminal sanctions on law firms that pay for abortions or abortion travel.”

Sidley has not publicly responded to the letter. Most major law firms with Texas offices have remained silent about whether they will also cover out-of-state expenses for reproductive care.

Dentons repeatedly came up empty in its attempt to overturn a $32 million legal malpractice verdict against the firm. The result could have implications for other firms that operate under the Swiss verein business model.

The ruling stemmed from a lawsuit against Dentons by its former client, RevoLaze Inc. The Ohio company claimed the firm should have never agreed to the work because its affiliate in Canada represented Gap Inc., which RevoLaze had sued for patent infringement.

The Swiss verein model is designed for affiliates to market their services under one brand while limiting shared liability and keeping profits and pay separate.

Dentons argued its US and Canadian operations were individual entities, but an Ohio Appeals Court ruled in April that the “overwhelming evidence suggests Dentons verein operated as a single firm.” The Ohio Supreme Court in August turned down the firm’s bid to review the judgment.

The ruling could force verein firms to do costly and time-consuming conflict checks with affiliates before taking on new clients.

Supreme Court litigator Paul Clement left Kirkland & Ellis in June after the firm said it would no longer work on gun rights cases.

“Anyone who knows us and our views regarding professional responsibility and client loyalty knows there was only one course open to us,” Clement said. “We could not abandon ongoing representations just because a client’s position is unpopular in some circles.”

Kirkland didn’t explain its decision to stop working on matters relating to the Second Amendment, which came just weeks after a mass shooting at an elementary school in Uvalde, Texas.

The firm still has some ties to Clement, who has continued working with Kirkland clients Tyson Foods Inc. and 3M Company.

Cryptocurrency exchange FTX was once valued at $32 billion before its stunning fall, which has resulted in criminal charges against founder Sam Bankman-Fried and added to the trouble plaguing the digital assets industry.

Still, many of the law firms that made big crypto plays are seeing handsome returns on their investments this year. Just not exactly in the way they anticipated. 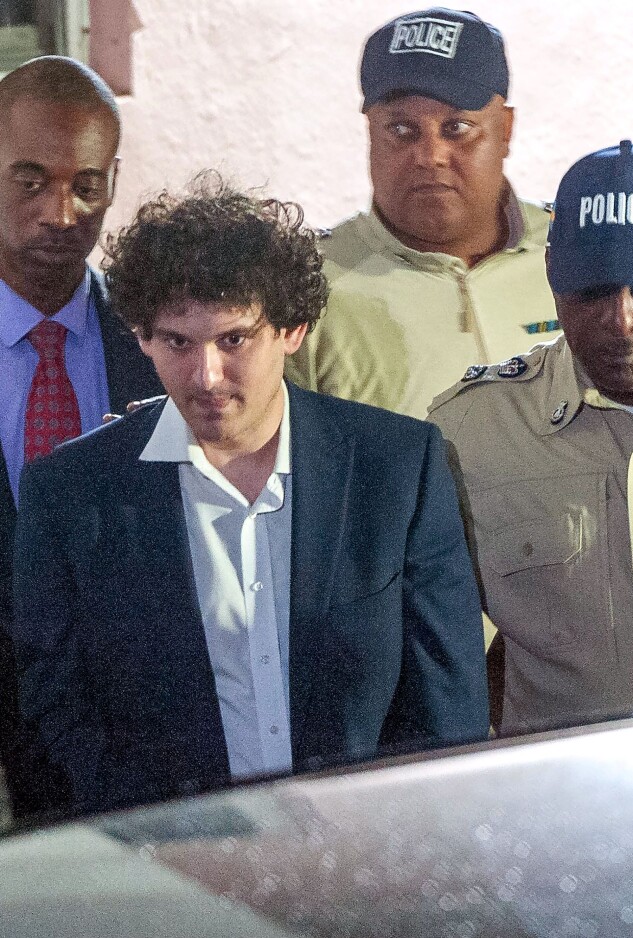 The crypto market’s precipitous fall has been a boon for some Big Law bankruptcy practices.

Sullivan & Cromwell is leading FTX through its bankruptcy, which has roped in several Big Law firms and a plethora of others. Kirkland & Ellis is handling bankruptcies involving crypto lenders Celsius Network LLC, Voyager Digital Holdings Inc. and BlockFi inc.

Haynes and Boone, a close adviser to BlockFi as the fledgling company grew, is also working on the exchange’s bankruptcy.

The Securities and Exchange Commission continues to police the industry amid a surge in securities class-action lawsuits targeting crypto, leaving no shortage of work for the defense bar.

The most prominent case pits the SEC against Ripple Labs, a crypto payments company that has retained Big Law firms Debevoise & Plimpton, Cleary Gottlieb, and Paul Weiss to take on the agency in litigation that has now stretched on for two years.

Close competitors like Davis Polk & Wardwell; Cleary Gottlieb Steen & Hamilton; and Sullivan & Cromwell have long had offices in the nation’s capital. Cravath’s decision to finally set up shop may be a reflection of growing demand for regulatory work, as well as new market pressures.

A dozen Tesla Inc. lawyers, including its legal department leader, left the company this year.

Tesla CEO Elon Musk has a long track record of cycling through lawyers. The carousel went into overdrive in 2022 after Musk completed a controversial deal to buy social media giant Twitter Inc.

Musk in a May tweet said he was recruiting a team of “hardcore streetfighters” for a new litigation group at Tesla. He also took a jab at the “white-shoe” lawyers at Cooley LLP and Perkins Coie, two firms that have advised his companies, who Musk said “thrive on corruption.”

Vijaya Gadde, Twitter’s chief legal officer, and general counsel Sean Edgett were fired shortly after the Musk deal became final. The majority of the company’s legal department, including all four lawyers in deputy general roles, later headed for the doors in firings, layoffs and other departures.

To Root Out Racism in the Legal Authorized Technique, We Simply cannot Panic As well Much Justice | News & Commentary

For a better improvement

February 6, 2023 Alana Schonell
We use cookies on our website to give you the most relevant experience by remembering your preferences and repeat visits. By clicking “Accept All”, you consent to the use of ALL the cookies. However, you may visit "Cookie Settings" to provide a controlled consent.
Cookie SettingsAccept All
Manage consent